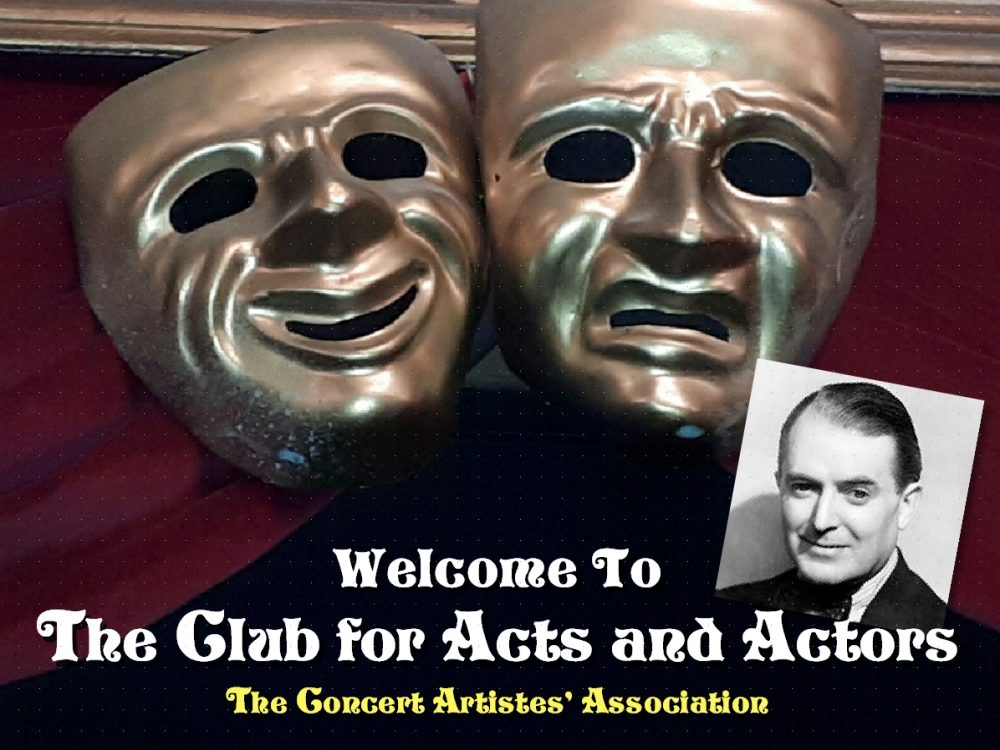 History of the Concert Artistes' Association...

In 1897, an entertainer called George Robbins realised there was a need for an association to represent the interests of concert artistes. He began talking to fellow entertainers about his proposed society, whose aims were to formulate a Benevolent Fund to assist artistes in need, the maintenance of fees at a reasonable level and the ultimate formation of a Club for members.

Eventually, in December 1897 the Concert Artistes’ Association was established with 55 founder members – all male. (The first females were not accepted until January 1900.) The first premises was a room on the third floor of 156 Strand, where the Committee held their meetings.

The Association grew and functions called “At Homes” were held during the winter in various banqueting rooms, where collections were made to swell the Benevolent Fund that had been started up. The Fund was used to help artistes with fares, costumes and during rehearsal periods. (In those days, artistes were expected to supply one or more costumes for any shows they were in and also no fees were paid during rehearsal, only when the show opened.)

In the 1930s, a Committee Member, Roland Merry, suggested another more flexible fund to help members whose need was immediate. This was the Samaritan Fund. The rules governing the Benevolent Fund meant that members could not receive help as quickly as it might be needed, so this more flexible fund was needed perhaps to get stranded artistes home from a show which had “collapsed” – to pay for fares home or landlady’s bills etc. These days, the Samaritan Fund is used to help ‘B’ members who have not been members long enough to receive help from the Benevolent Fund, ‘C’ members to whom we wish to send flowers, cards etc. and to members in hospital.

From The Strand, the office of the Association moved to 9/10 Pancras Lane until the 1920s. In 1921, the office moved to 1 Tottenham Court Road above a variety agent. From there in 1925, it moved to 16 Oxford Street, the site of the Oxford Music Hall. They were bought out by Joe Lyons and in 1926, the Association moved to Cranbourn Street above Leicester Square Underground Station until 1949, when London Transport Executive gave notice for the CAA to leave. The Association found new premises at 20 Bedford Street, frequented by Henry Irving at the turn of the century when the Green Room Club occupied the building. A 10-year lease was negotiated but obtaining the mortgage was a problem.

Jack Warner persuaded J Arthur Rank to stand guarantor for the mortgage. At 6p.m. on Monday 1st May 1950, the new premises were opened to members. At the end of the 10-year lease, the freehold became available for £24,893 and a loan was obtained.

To pay off the loan, special shows were organised, the CAA Bowls Club arranged shows, donations were received and members had to pay an extra half guinea a year subscription for 10 years. The loan was paid off and the premises became our own. Since that time, it has progressed from strength to strength.