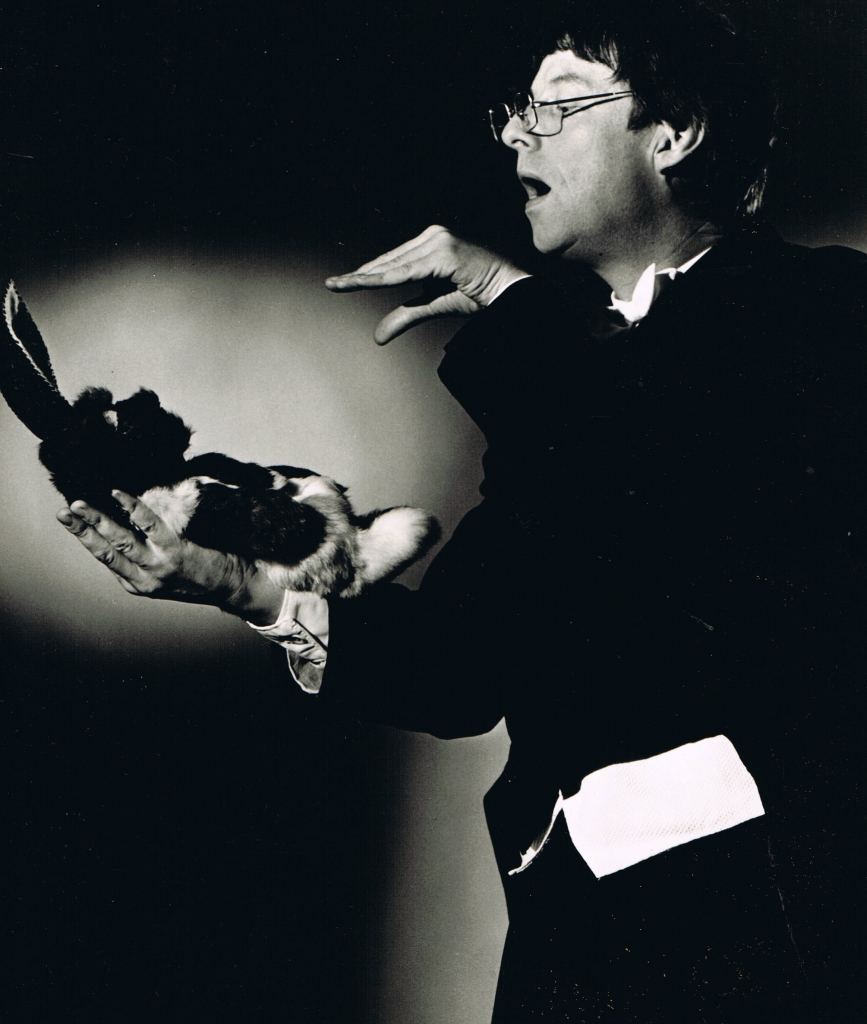 Larry was born in Preston while his parents were appearing in a season of plays in the Lancashire town. He was the third generation of a theatrical family. His grandfather was the Edwardian actor-manager, Charles Clifford.

From the age of twelve Larry helped and appeared in his parents’ fit up company, The Kinloch Players, touring villages and towns in the Highlands of Scotland. It was here that he first performed a magic act.

Following his National Service, which he spent mainly in London, his early years were in the theatre, initially as an actor, but developing his talents to become a straight man and juvenile lead in summer shows around the coast of Britain. It was during his time, while in a summer season in Babbacombe, that he met comedienne Rowena Vincent, who he later married.

It was at this point Larry started to develop a comedy magic act which later in his career was to bring him success, not only in Britain, but also internationally. The unique act combining comedy, magic and mime was enjoyed by audiences of all ages and nationalities.

In the 1960’s and 70’s Larry was a regular on children’s television, often seen performing with his faithful friend, Theodore the rabbit. He wrote and appeared in programmes including two series of Whistle Stop, five episodes of Jackanory and was also in several other popular children’s programmes of the time, including Crackerjack, The Sooty Show, Blue Peter and Magpie. His first break through came in the late 1950’s, appearing and writing “Happy Go Lucky”, a children ‘s television series for Tyne Tees Television, which ran for six years.

It was in the 1970’s that Larry became a regular on British television, with his own brand of comedy magic, making regular appearances on shows such as the Good Old Days, 321, Seaside Special and many other variety shows of the day.

When not on television he continued to work in summer shows and the clubs around Britain as well as completing a year long run in the Max Bygraves Show at the Victoria Palace in London and a short season at the London Palladium with the Two Ronnies. His proudest moment though came in 1975, when he appeared in the Royal Variety Performance at the London Palladium in front of Her Majesty the Queen.

In the 1980’s, as the club scene dwindled in the U.K. and summer seasons became shorter and scarcer, Larry turned his attention to the Continent where speciality acts were in high demand. Working in top night spots including Paris, Brussels, Barcelona, Tokyo, Hong Kong and Rome, Larry’s combination of magic and visual humour was perfect for an international audience.

Always quick to adapt to the latest trend, Larry also saw an opportunity in the increasingly popular cruising market and during the late 1980’s and 90’s became a regular on both P&O and Cunard cruise ships.

Following the death of his wife, Rowena, in 1997 Larry moved to Cornwall, where he continued to entertain at children’s parties and local fayres. His final years were spent in Mousehole, a beautiful fishing village situated between Penzance and Lands End, where he spent many happy hours taking in the harbour views.

Although throughout his career he was known as a comedy magician, Larry was interested in all forms of magic and was a member of the Inner Magic Circle. He was also a member of the theatrical club, the CAA, and served two terms as the club’s President, as well as writing a book to commemorate the club’s centenary. Larry’s other great passion was the Players Theatre, a Victorian musical theatre club based in London, where he performed on a regular basis whenever he could.

Larry will be sadly missed by his son, Robin, and his three grandchildren, Rebecca, Sophie and Ewan. 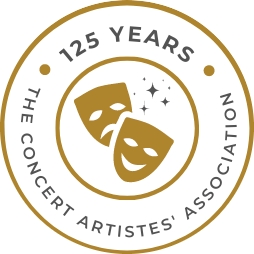